Are you an example or a warning? 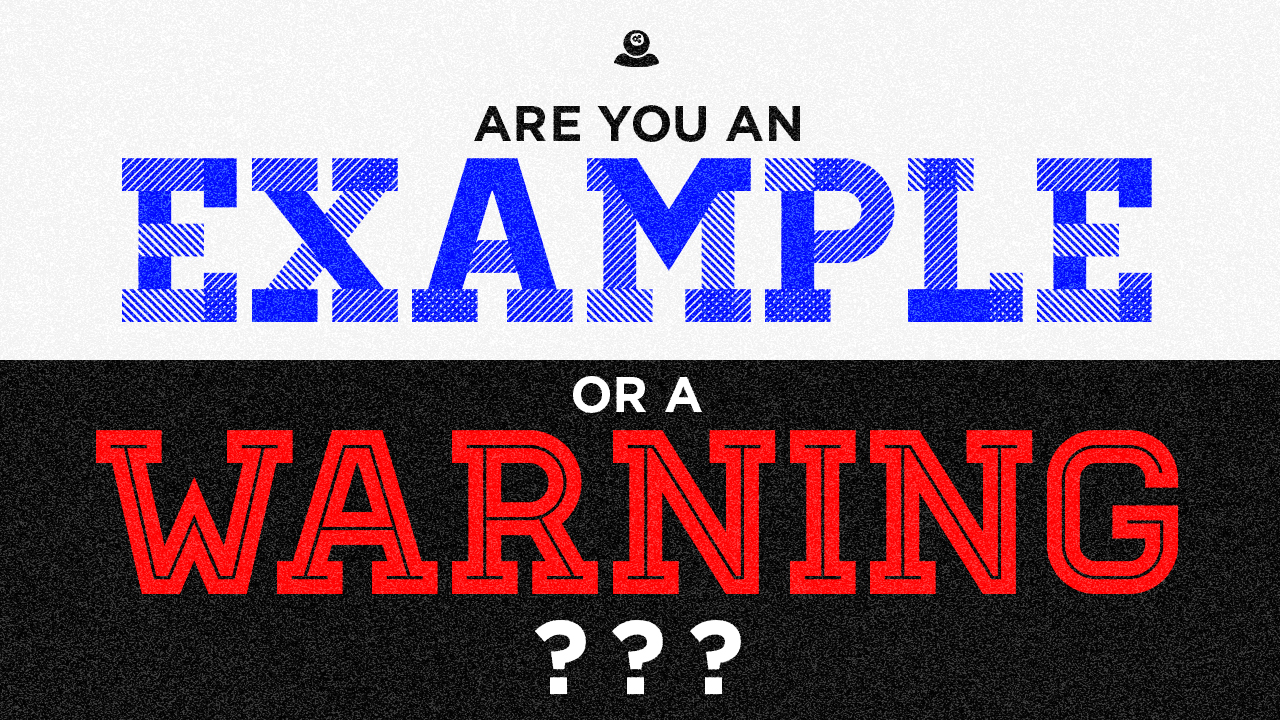 People are watching you.

They're watching WHAT you do.

More importantly, they're watching HOW you do what you do.

Before you label them as creepy, remember...

You watched those that led you didn't you?

To be honest, you still watch those that lead you don't you?

And in many ways, you are who you are because of how they lived and led.

Some were an example of the kind of person you wanted to be. Their example was inspiring, compelling, and magnetic. Their lives gave you hope of what was possible. You wanted to lead like they led. Live like they lived. They used their influence to inspire and because of it, you felt stronger in their wake.

Others were a warning of what not to do. Like cars in the ditch along a snow covered road, their lives were a sign that said "Don't go this way! Danger!" They reverse mentored you. You didn't care how much they accomplished because it was overshadowed by how they made you feel. In the wake of these individuals, you felt weaker.

So, what about you? Is your life making those around you feel stronger or weaker? Are you an example or a warning? What is your life teaching those that are watching? Because they ARE watching.

In all these situations and countless more, there is the opportunity to be an example...to inspire...to make those you lead STRONGER.

There is also great opportunity to wound. To put people down. To implode. To show off. To make those you lead WEAKER.

Before we get too lofty, let's bring this down to earth.

If someone were to ask those you lead about you, would they say:

People are watching...just like you did...and still do. We all have a unique opportunity and responsibility to lead them well. To be an example of what they can be. To draw out the greatness in them. To instill within them a greater sense of hope. To help them make their most significant contribution to the world. And we'll be held accountable for how we did.

In the end, people won't care how talented you are. They'll remember what it was like to be in your wake.

Pornography and Why You Are Not Alone.